Châlucet is a spectacular medieval site built on a rocky promontory at the confluence of two rivers (the Briance and the Ligoure).
The remains of two castra (the upper castrum and the lower castrum), set in abundant vegetation, extend along the length of a narrow rocky spur.

The Jeannette tower overlooks the lower castrum from a height of at least 23 metres. Built in the late 12th to early 13th centuries, it was designed to assert the local lord’s power. Entry was by means of a single gateway, which was 5 metres high, whilst accommodation inside afforded absolutely no comfort at all: no latrines, no fireplace and a only a steep ladder to access the upper floors. The dungeon was used for storage.

A thriving town surrounded the tower. It was uncovered during a series of excavations. The town consisted of several houses from the 13th and 14th centuries in a variety of different designs: long buildings with an upper floor or “tower” houses built to a height of about 10 metres. The internal hierarchical layout indicates that the ground floor was used for domestic and utilitarian purposes, whilst the upper floors were residential. It is on these upper floors that traces of refined décor (twin arched windows support by columns, sometimes in a serpentine design) and a certain level of comfort (fireplaces, sink…) have been revealed.

It is also clear that during the 14th century building density increased, creating the impression of buildings stacked up one on top of another. In some instances, new buildings were created in former courtyards and it was at this time that cellars were created as a new means of increasing available domestic spaces. These cellars were used for storage, perhaps of wine (grape pips were found during the excavations) or for preserving food.

It was during this period that a bailey was built around the lower castrum, entirely enclosing it in a continual defence. This era was characterised by major unrest and insecurity as a result of the Hundred Years’ War. 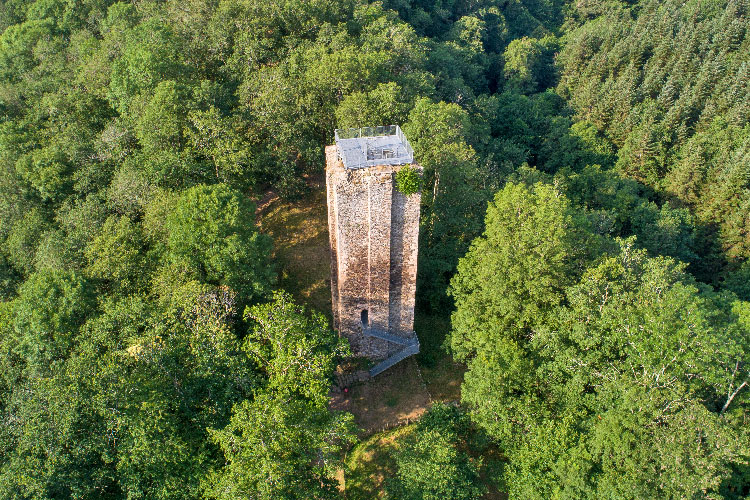 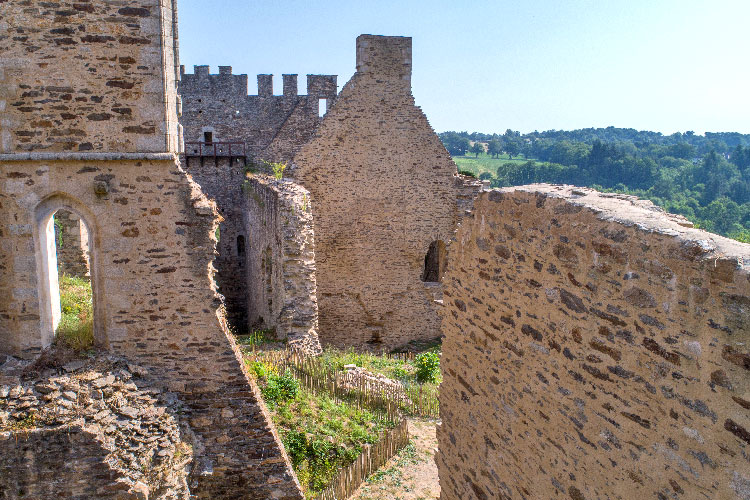 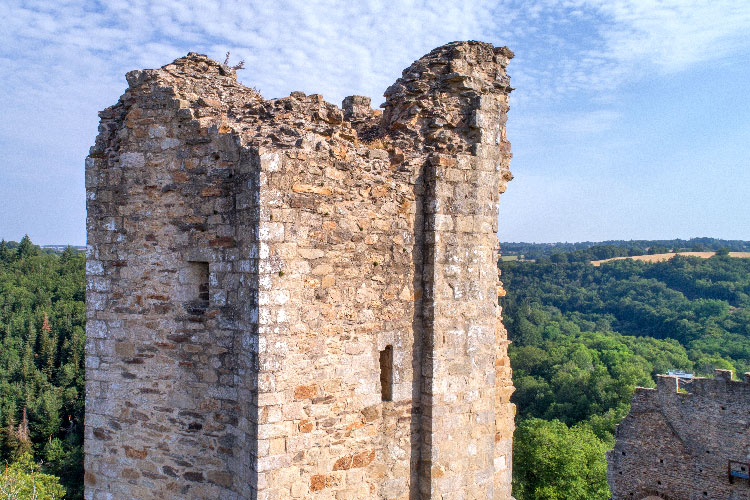 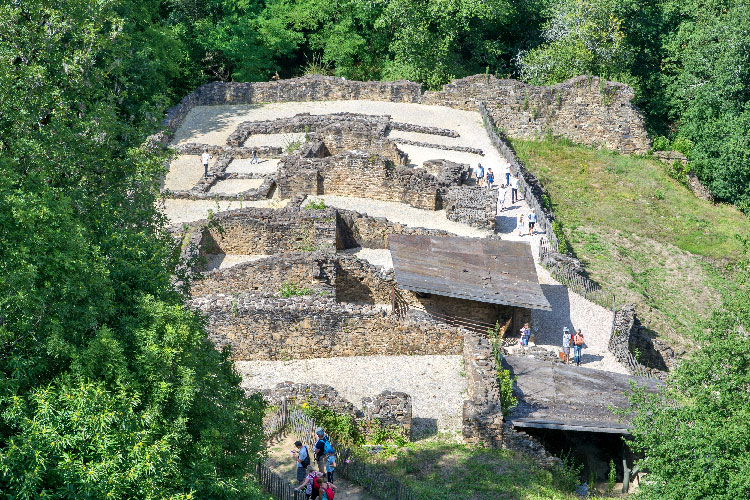 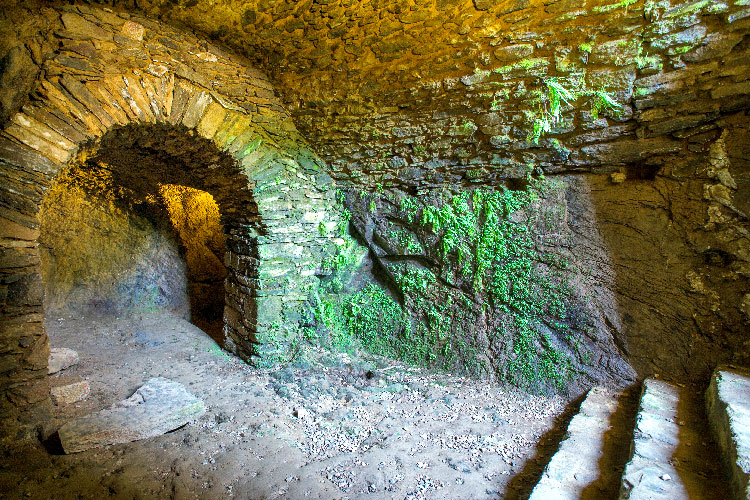 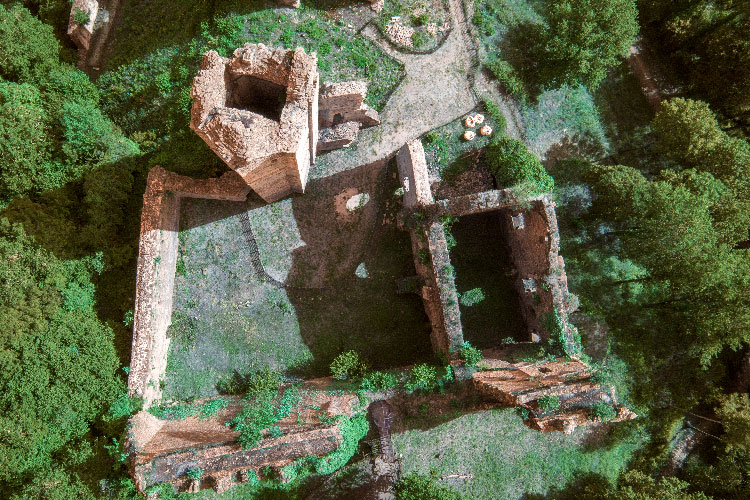 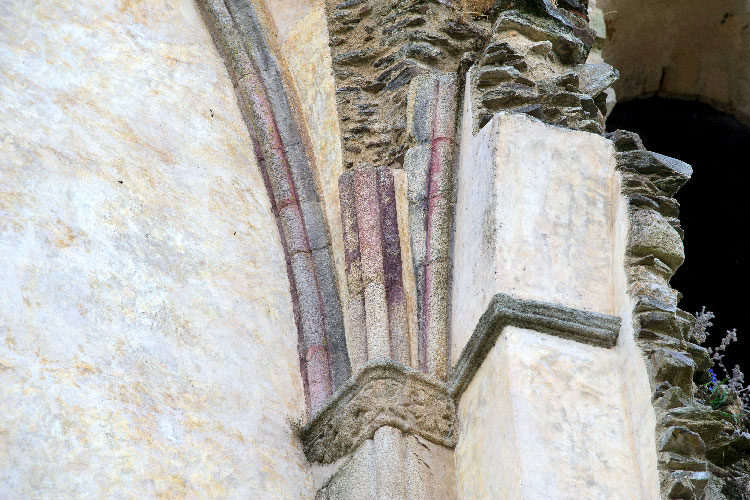 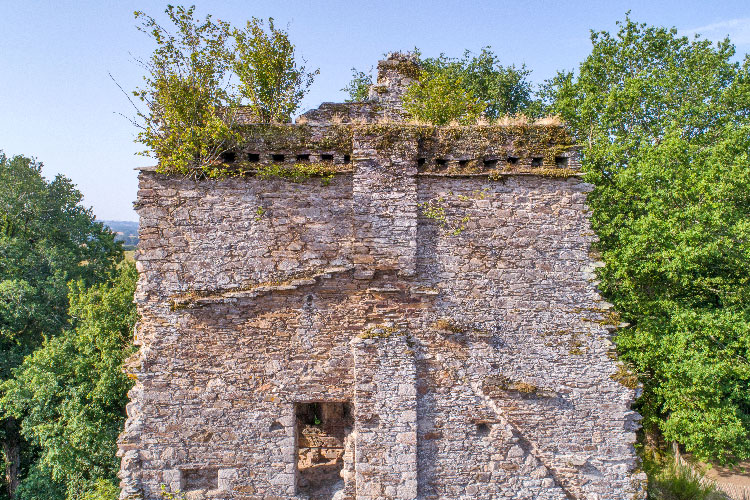 Before Géraud de Maulmont’s time, the upper castle to the south only consisted of a keep, built in around 1200, and several other adjoining buildings.

After Gérauld de Maulmont, in 1289 the upper castle became a heavily-defended, luxurious residence. The original layout is hardly visible, apart from the keep at the centre of the castle, which originally had an adjoining residential dwelling, now in complete ruin and fossilised beneath the rubble. Outside one can make out the remains of several buildings, sometimes supported by buttresses, and these were probably the homes of nobles.

Behind the barbican, we find the ceremonial facade with its high decorative crenellations and the modern machicolations of an impressive castle. The keep on its rocky outcrop, which formed part of the original castle with its living accommodation for the lord, the corner towers and especially the strong curtain wall to the south, with its archers’ gallery, impressive thickness and double ditches, combine to make this an impregnable fortress. For added security, a lower outer perimeter wall was also constructed. The buildings overlook a landscape that at the time would have been largely cleared of woodland and farmed by the inhabitants of Châlucet.
At the end of the 16th century, the Royal governor and the city of Limoges decided that the fortress should be demolished to ensure that armed troops could not take control of the site. The castle’s corner towers were demolished, as were the curtain walls and the vaults of the dwellings, giving the site very much the same appearance as the one we see today.
The ruins were classified in 1875.

© 2018 Your Company. Designed By JoomShaper

The Conseil départemental owns the Châlucet ruins, a medieval fortress that is a listed historical monument, and the Domaine de Ligoure forest parkland.

The Châlucet-Ligoure site has been awarded Qualité Tourisme™ status, with the quality of the welcome and services it provides guaranteed by the French State.
ContactDocumentationLegal noticesConfidentiality – Personal data